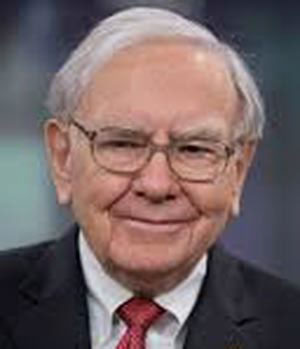 Warren Buffett could not have stated it more vividly, at the famed Berkshire-Hathaway annual meeting in May 2017:

“Medical costs are the tapeworm of American economic competitiveness.”

“If you talk about world competitiveness of American industry, health care is the single biggest variable where we keep getting more and more out of whack with the rest of the world.”

Then he started adding up the numbers:

So, we did something that Buffett would approve of: we kept running the numbers.

And we found that, for the average American business, reducing health care costs by 25% would improve profits 3x more than reducing corporate taxes by 25%! And improved productivity from a healthier workforce boosts profits even further.

Warning: the economic development implications of bad health are grim:

When one adds it up statewide, as was done by the Milken Institute in a comprehensive study published in 2007, Arizona’s GDP was $17 billion dollars smaller than it would have been–if our population were healthy. And obesity, diabetes and related conditions have gotten MUCH worse since that study. We are probably talking a $20-30 billion annual hit now—and much worse by 2050, when approximately 1 out of 3 adults will have diabetes, 2 out of 3 with chronic conditions in total. 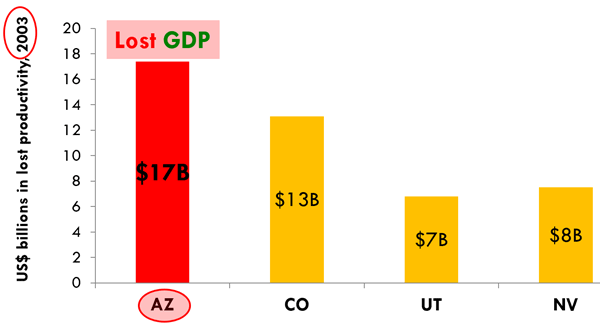 Organizations like Greater Phoenix Chamber of Commerce with its Wellness A to Z campaign, together with Blue Cross Blue Shield of Arizona (BCBSAZ), Cigna, Delta Dental, and a fast-growing number of other employers, are working hard on employee health promotion. BCBSAZ even has the Walk On! Challenge for 4th & 5th grade students, while United Healthcare Community Plan supports Playworks.

But imagine how much healthier business & government employees themselves would be, if the schools they had attended developed a “culture of health” among all their students–virtually all the future employees in the state. That impact speeds up & spreads further with School Health Advisory Councils (SHACs)–including parents and a range of community partnerships now. This starts to change health habits in the surrounding community as well as the school. Research shows that this does happen. And that’s what the Healthy Future Arizona/US plan and the Plan-Develop-Assess model help to provide.

Students will enter the workforce with much healthier habits. They will tune in to employers’ health promotion messages, and stay on a much healthier track as adults.

And employers and employees would save A LOT of money. Employers would improve their productivity and profits, while being able to pay higher salaries—instead of simply funding higher employee health costs.

Let’s expand our win-win partnerships in both workplaces and schools!