For the past decade, 1 in 3 applicants to join the military have been ruled out due to obesity and other health issues—plus another 1+ in 3 have been rejected for a variety of reasons including health.

According to a letter from almost 800 retired general & admirals to the Secretary of Defense in 2020, these and other trends:

“…Pose a significant threat to the future of the all-volunteer force…
Critical for our future strength and national security.”

This followed up their report: “Unhealthy and Unprepared – National security depends on promoting healthy lifestyles from an early age”.

Of course, we all know that Congress will never reinstitute the draft…(don’t we?)

Instead, the military will continue to have to pay increasingly higher signing bonuses & salaries for the decreasing percent of Americans who qualify—yet another hidden health-related “tax” on all Americans. The military will also have to periodically lower recruitment standards.

Meanwhile, a recent Johns Hopkins study calculated that almost half of federal spending already goes to healthcare — up from under 5% in 1960. Over that same time frame, healthcare costs have increased from 5% of GDP to almost 18%.

What the government, employers, and families don’t pay for is being passed on to future generations, as federal chronic-disease-cost-driven deficit spending (now, with an infectious-disease pandemic “kicker”) metastasizes the national debt. High chronic deficits threaten military spending and other national priorities. That sky-high national debt is not only driven by health issues, which weaken our armed forces—that debt is itself becoming a growing risk to our security, too. 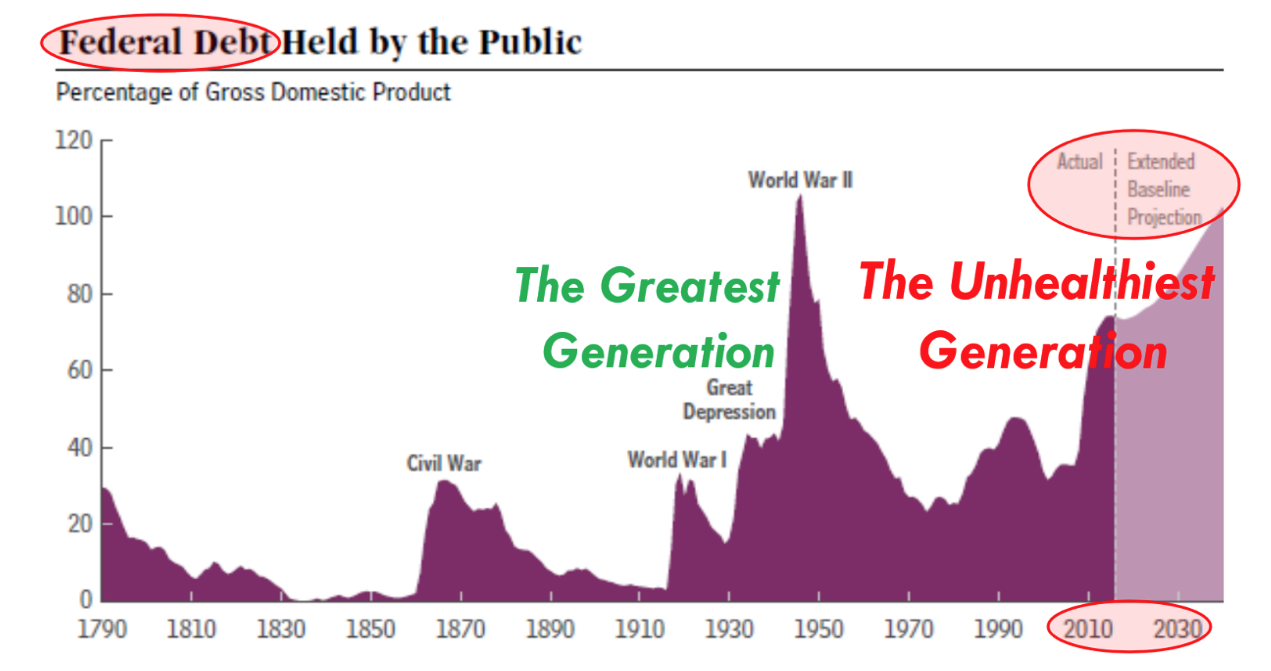 Speaking of our health and national security: did you see our oped with Heritage Foundation?

Counteracting stereotypes about conservative vs progressive perspectives on health, education & public policy, this nonpartisan opinion piece, A COVID-19 vaccine won’t save us, but improving our health can, was co-authored by Healthy Future US’s Scott Turner and Heritage Foundation’s Lt. Gen. Thomas Spoehr (Ret.). (It was published during the pandemic in the Washington, D.C. “conservative counterpart” to the Washington Post—the Washington Examiner.) 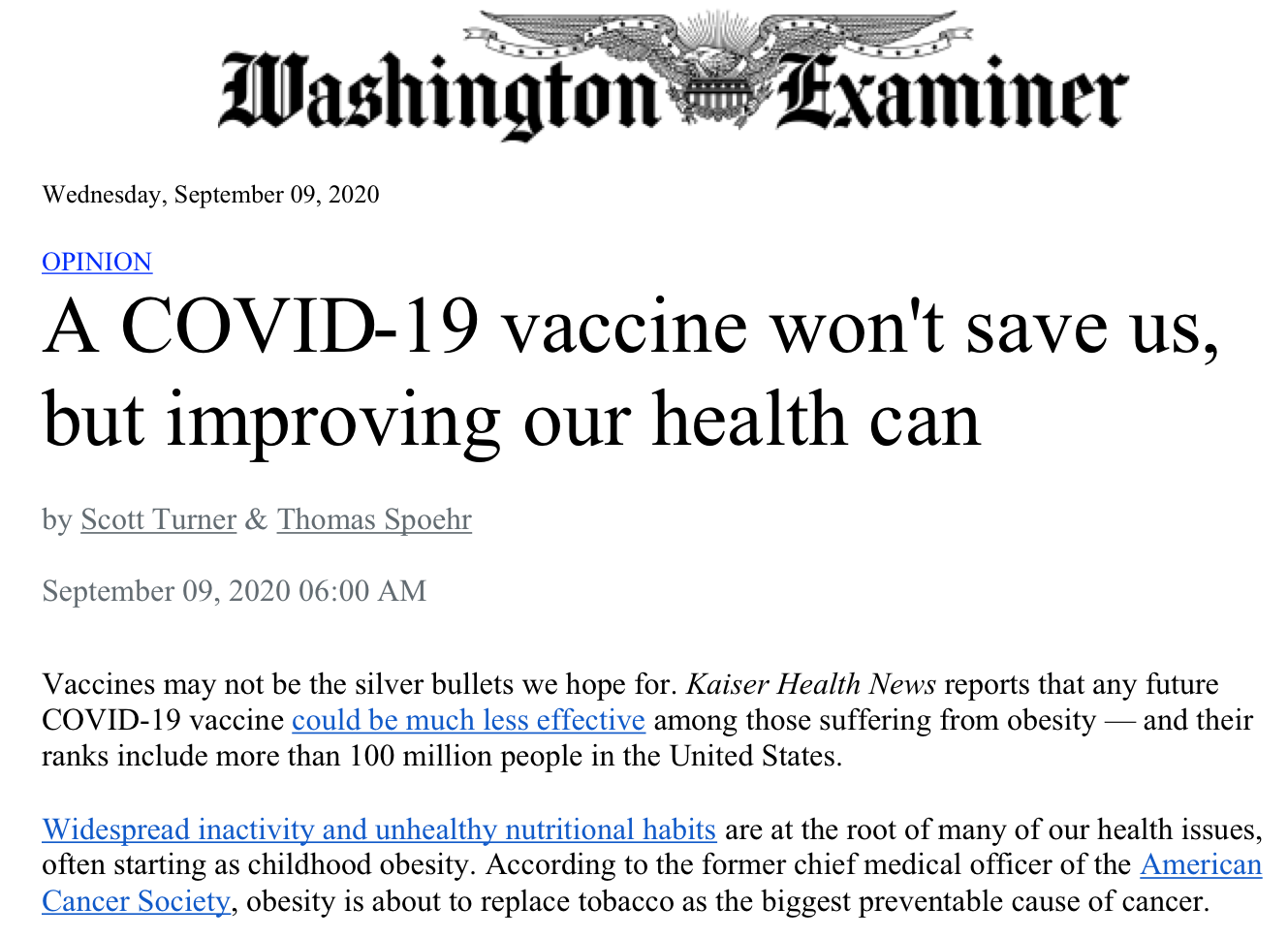 This article describes how our worsening health is literally a threat to national security. Our inactivity- & unhealthy-nutrition-driven bad health BOTH disqualifies many potential recruits for our all-volunteer military AND undermines the federal budget—the sole funding source for our national defense. On the other hand, there is significant potential bipartisan support for improving children’s health through schools.

Americans’ health costs end up being shared, directly or indirectly, by all Americans. We are all in this together. And now we have a key part of the solution— through schools.

Healthy Students Healthy States gets us there.