Why is our health getting worse—and why are our leaders not reversing the trends?
The consensus diagnosis is quite simple: we are not physically active enough, and our nutrition is not healthy enough, for us to lead healthy lives.

We just need to “fix” those root causes. But–easier said than solved. 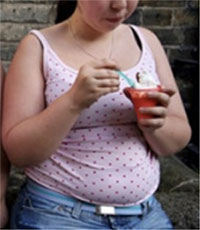 Each year, hundreds of thousands of doctors, nurses, and PAs strongly encourage their hundreds of millions of patients to become more active and eat healthier. Yet in the end, it’s all just talk: people’s behavior does not change, and their health does not improve.

The vast majority of the health system has “thrown in the towel” on making people’s behavior healthy. Instead, health care agencies, plans and providers assume that most people will continue to have unhealthy habits and chronic conditions for their entire lives. As a result, the health sector focuses predominantly on controlling the impact of those lifelong unhealthy conditions—a process known as “disease management”.

Fortunately, we have a K-12 antidote—which at a minimum postpones the on-set and reduces the severity of chronic health conditions for many years. To put it in a nutshell: PE not Pills!

Unfortunately, the plain sad fact is that we are missing the boat on our biggest chance to increase activity & unhealthy nutrition: K-12 schools. Both statewide and nationally, the vast majority of schools are no longer doing enough to shape children’s health habits. Why? 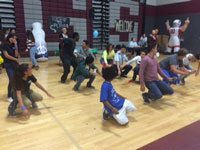 And this “double-whammy” of school seat-time and home screen-time happened without a serious discussion with the parents and the public about the consequences.

In fact, if anyone had thought through, and let parents know, what would happen, parents would never have agreed. If they had been told, that all the seat- and screen-time would literally disable their children’s future, they would never have assented.

Morally, this adds up to a decades-long case of gross negligence.

Nothing else that a school can do, including improving test scores &—yes, even improving job & wage prospects—can make up for your child developing diabetes, heart disease or cancer in their 30’s & 40’s. No one would take that “deal”. 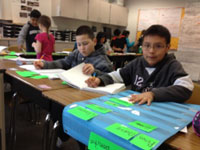 These very real consequences, though unintended, are unacceptable. State & school leaders need to find other ways to educate children, that do not sacrifice students’ health.

Ironically, and tragically—it turns out, that all that extra “seat-time” at school actually hurts test scores and kills students’ motivation. That makes common sense to parents and teachers—now backed up by decades of brain scan MRIs and lots of other research. 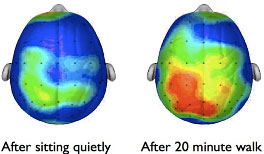 Yet in spite of the harmful results, common sense, & the research evidence: most schools still provide very little recess or PE.

Most parents and grandparents would not recognize today’s sedentary schools. In fact, when they find out that school time is now all about “seat-time”, they are appalled. Most can’t imagine how they ever would have gotten through school, with so little of “their favorite subjects”: recess & ‘gym’.

Then those same kids, who are getting minimal physical activity at school, go home—and immerse in TV or streaming video, video games, social media…

So it shouldn’t be a surprise that children’s health keeps getting worse, not better—during childhood & then continuing ever-downward as adults. 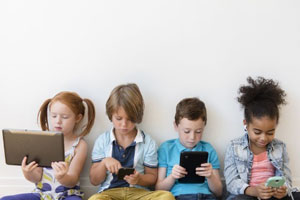 Our Bad Health—Making Us Financially Ill

Hundreds of thousands of nonprofits, agencies, schools, hospitals & clinics, businesses, and other organizations, and tens of millions of people, are working on health issues.

Americans are spending well over $3 trillion per year—more than $10,000 per American—on health care. This is more than twice per capita what other countries spend—and is still increasing far faster than wages & general inflation.

Now, consider that the median per capita household income is about $25,000 per American. Are we really supposed to pay 40% of our family income for health care?

And since we aren’t paying that—who is paying for our bad health?

Health care is the largest component of federal spending, now even exceeding Social Security. And it is the 2nd largest component of state government spending. Soon, 2/3 of all health spending will be funded by the government: thanks to Medicaid (operating under AHCCCS & many other state-specific names), Medicare, the Affordable Care Act, the VA, government employees, and IRS employer tax breaks, etc. (Yes, even employer health spending is heavily funded by the government/taxpayers, through tax deductions.)

In other words, current and (thanks to federal deficits & debt) future taxpayers—our children, grandchildren, and great-grandchildren—will end up paying what we can’t and won’t pay.

Ever-increasing federal health care spending, including major new health insurance subsidies (“Obamacare”), plus massive tax cuts every 15 years to increase working- and middle-class disposable income, have been essential for keeping this Titanic afloat. But they also hide the pain, and have helped our political system and society avoid dealing with the issue.

However, the number of musical chairs available to deny reality has fallen too low. Health cost increases and government deficits are so high, while long-term average lower and middle income wage & salary increases are still too low, to make up the difference. The financial risks for the public continue to mount.

We all live and pay taxes in a highly government-financed, federally-controlled, public-private health system. In addition, uncompensated care—health services delivered by health care providers, for which they are never paid—creates a major burden, which the rest of us end up paying for via our health insurance and out-of-pocket costs…and taxes.

Ultimately, individual employees, business owners, and current & future taxpayers end up picking up the entire health bill of the country.

The bottom line for health costs: no individual, employer or state can escape others’ health costs.

And with 1/3 children on the road to diabetes (10x the past), 2/3 on the road to chronic health conditions generally—plus our older and lower income demographics further undermining our state and national finances—we are in increasingly serious trouble.

Let’s do the honest math: our health care costs put the budgets of our families, schools, employers, and governments—and the whole economy—at serious risk.

Unless we dramatically improve our health habits, future generations will be unhealthier and paying even more for their health care. And average health care quality will decline, as the quantity of care needed dwarfs the financial resources available.

At the same time, taxpayers will be trying to pay off a massive health-care-cost-fueled national debt—now growing @$1 trillion annually…during a “healthy” economy.

The health sector and government have dropped the ball. So Buffett put his money where his mouth is, and Berkshire Hathaway partnered with Amazon and Chase to lower US employer health care costs dramatically.

Unfortunately, this ambitious joint venture, too, will fail to make a major dent—unless K-12 strategies better prepare our future workforce for more cost-effective employee health promotion…with healthier habits as children and teens to build on by employers.

What is the answer? More & better physical & health education, and more physical activity & healthier nutrition K-12, followed up throughout adulthood—through a combination of Plans, People, Policies & Programs, financed by Payback/ROI, and powered by SEAS Systems Change.